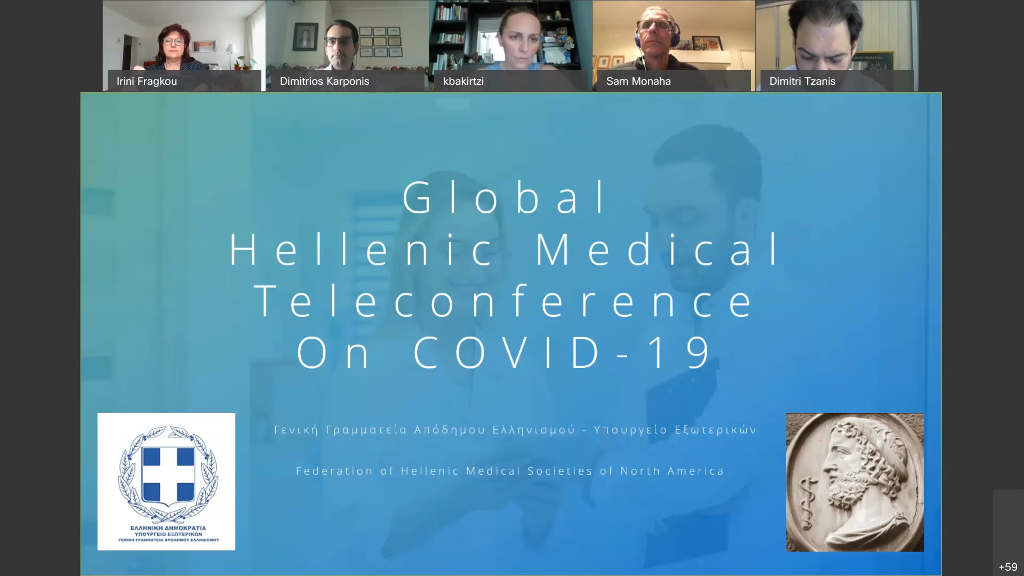 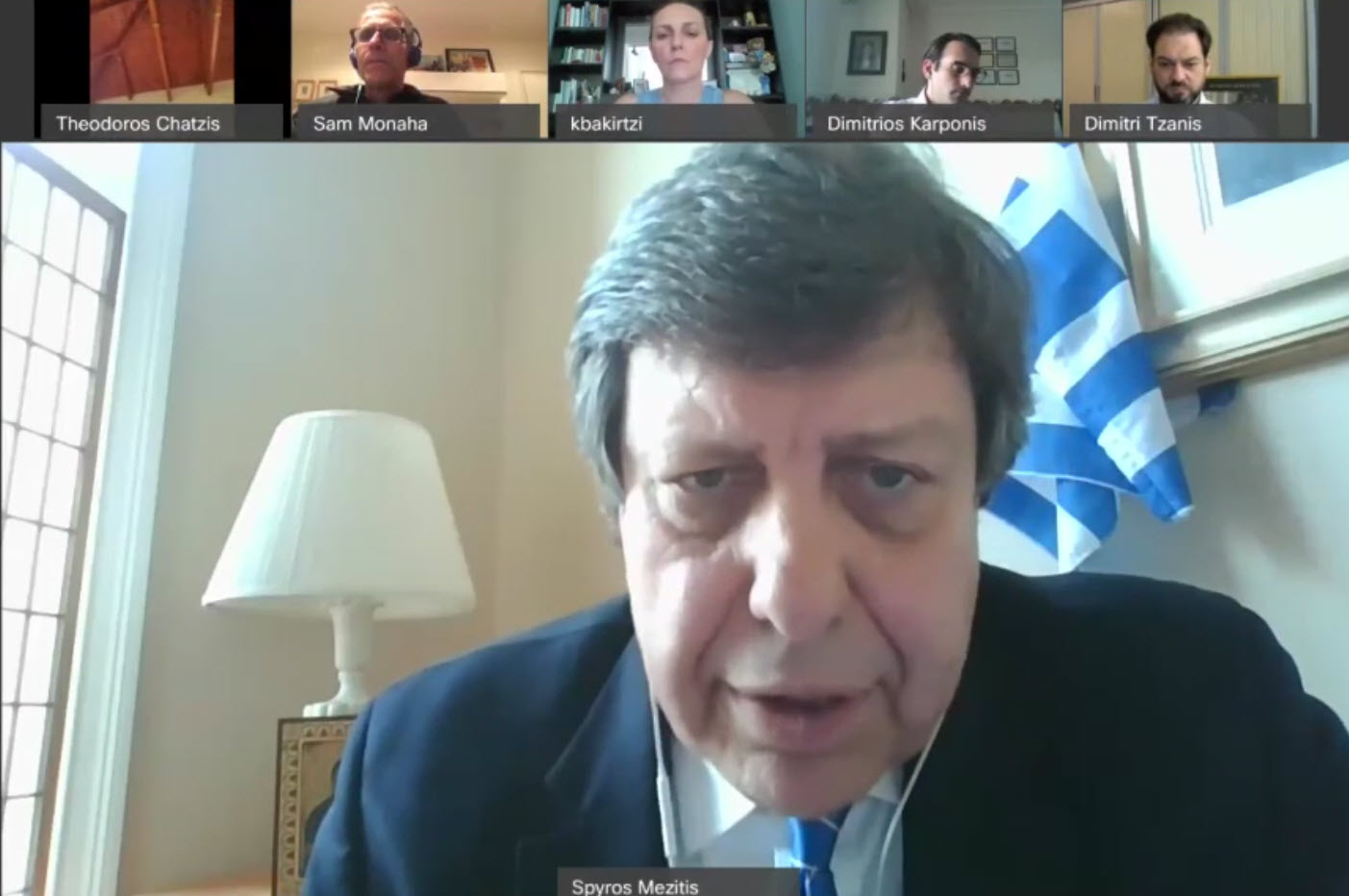 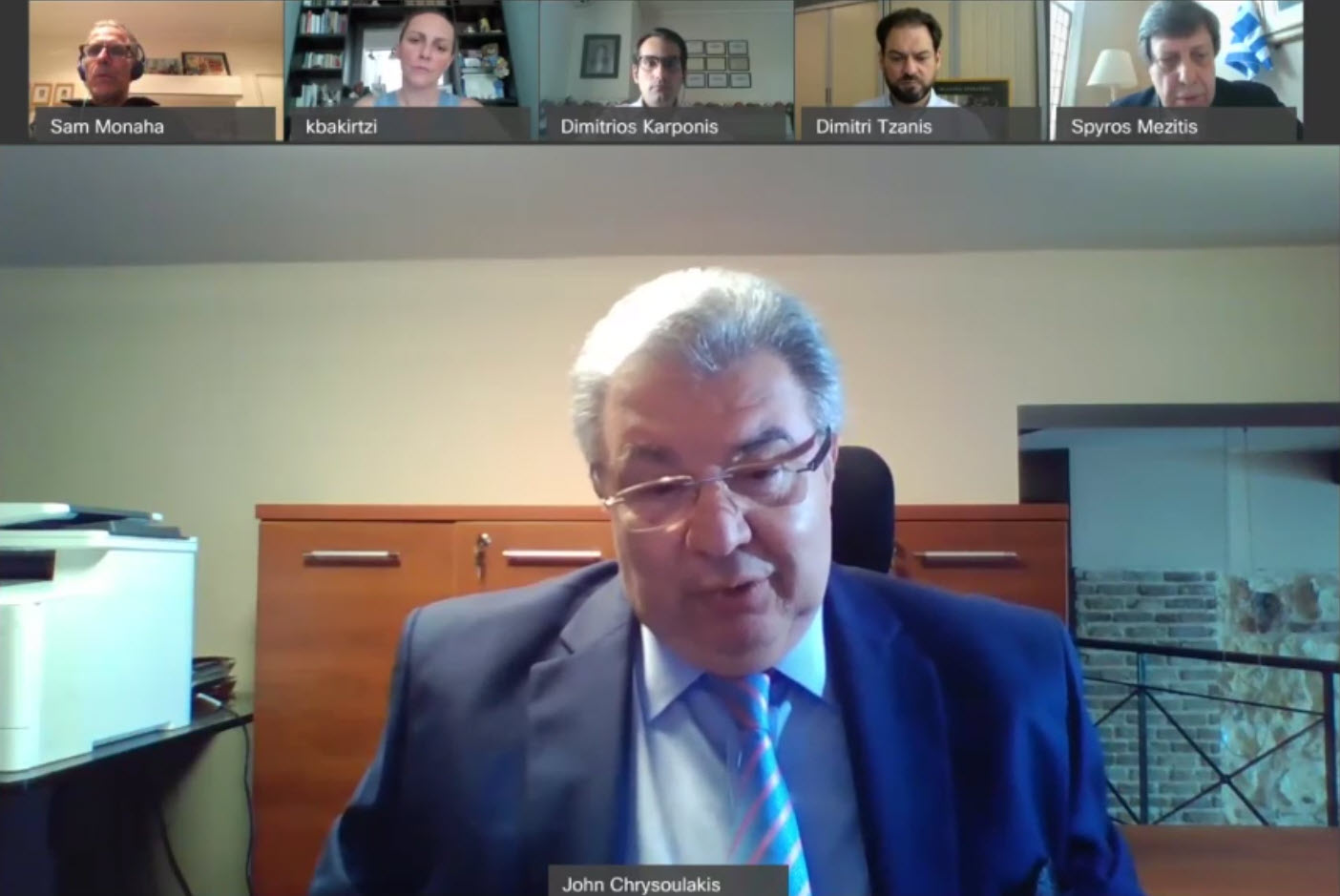 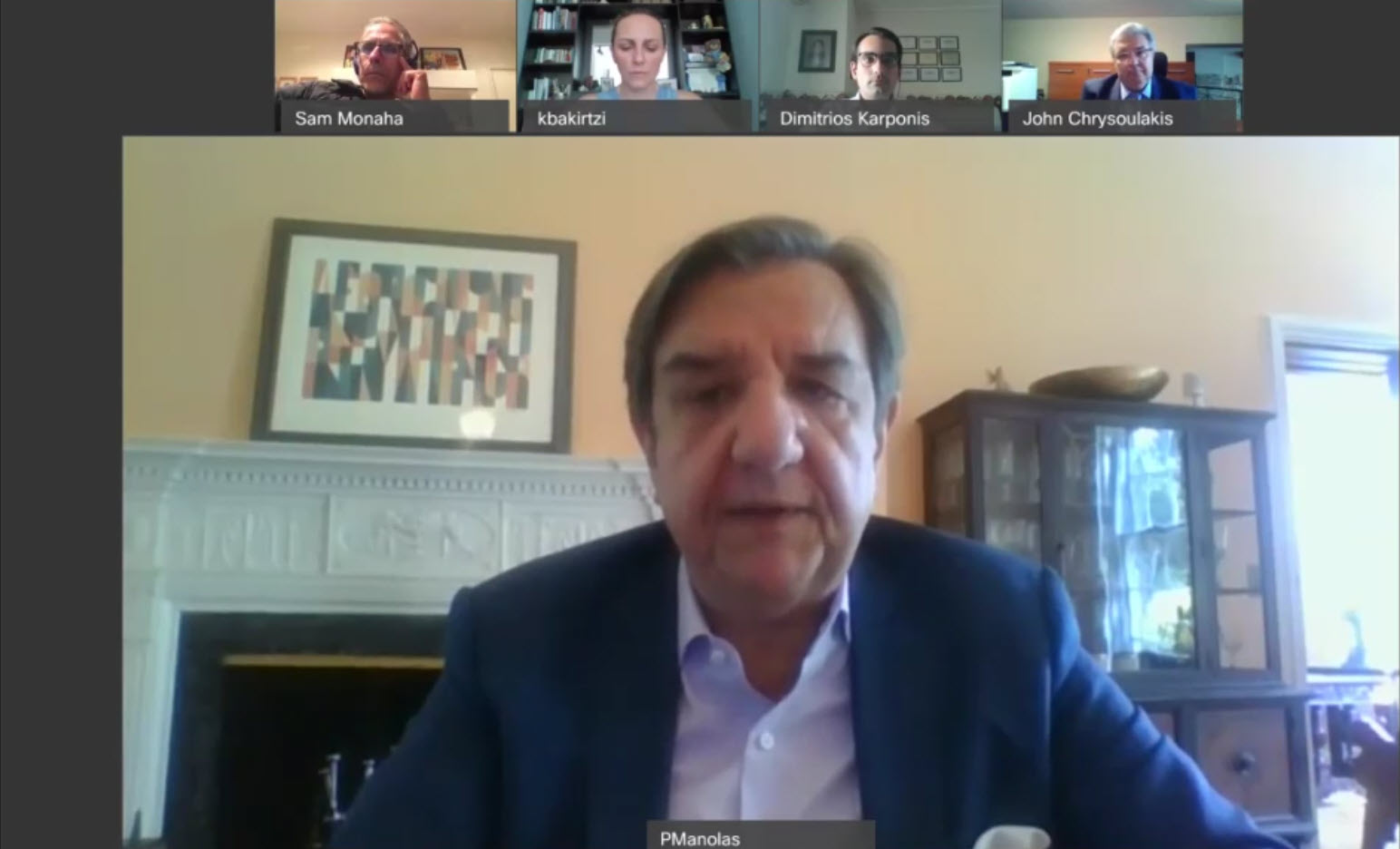 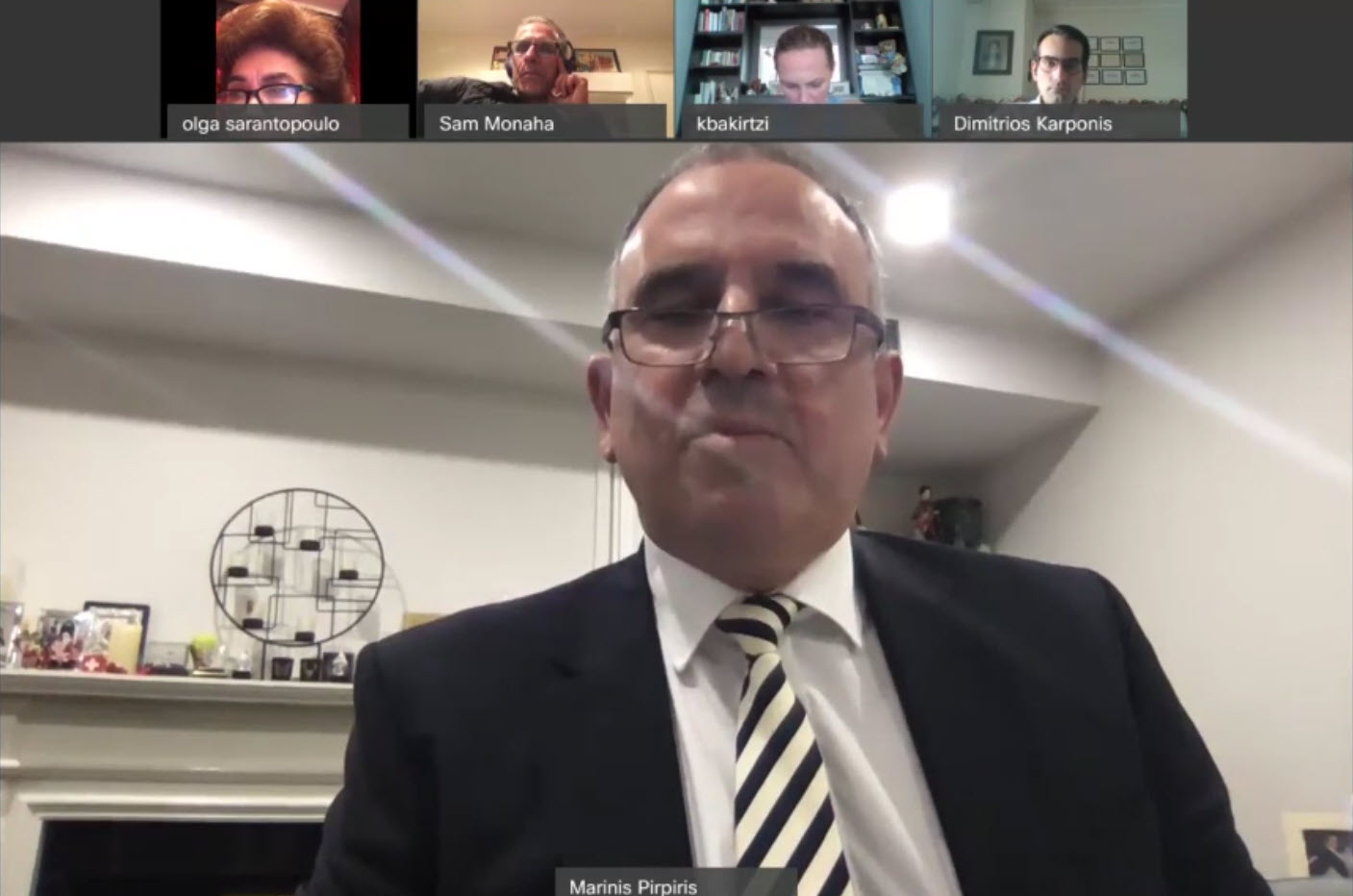 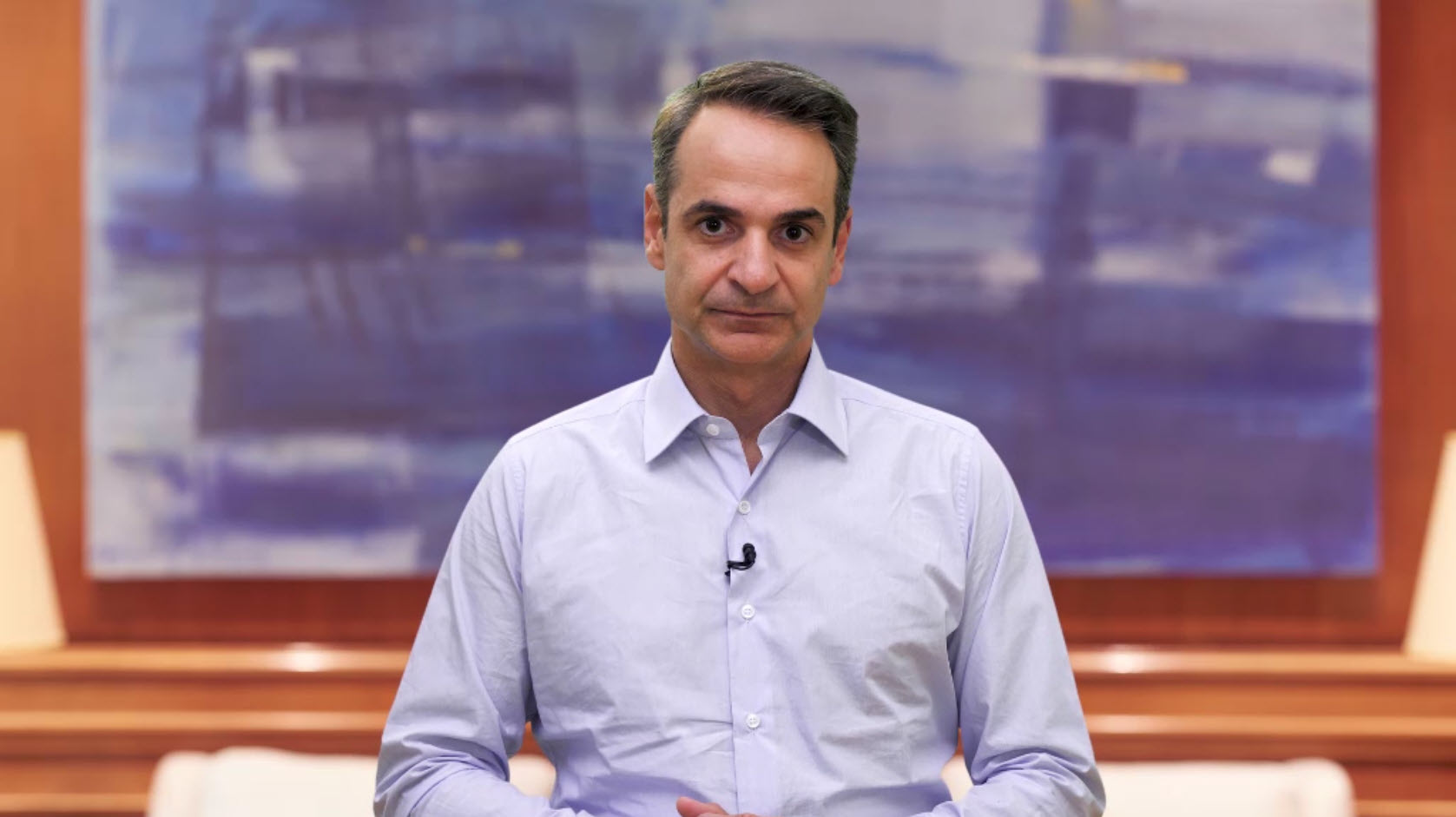 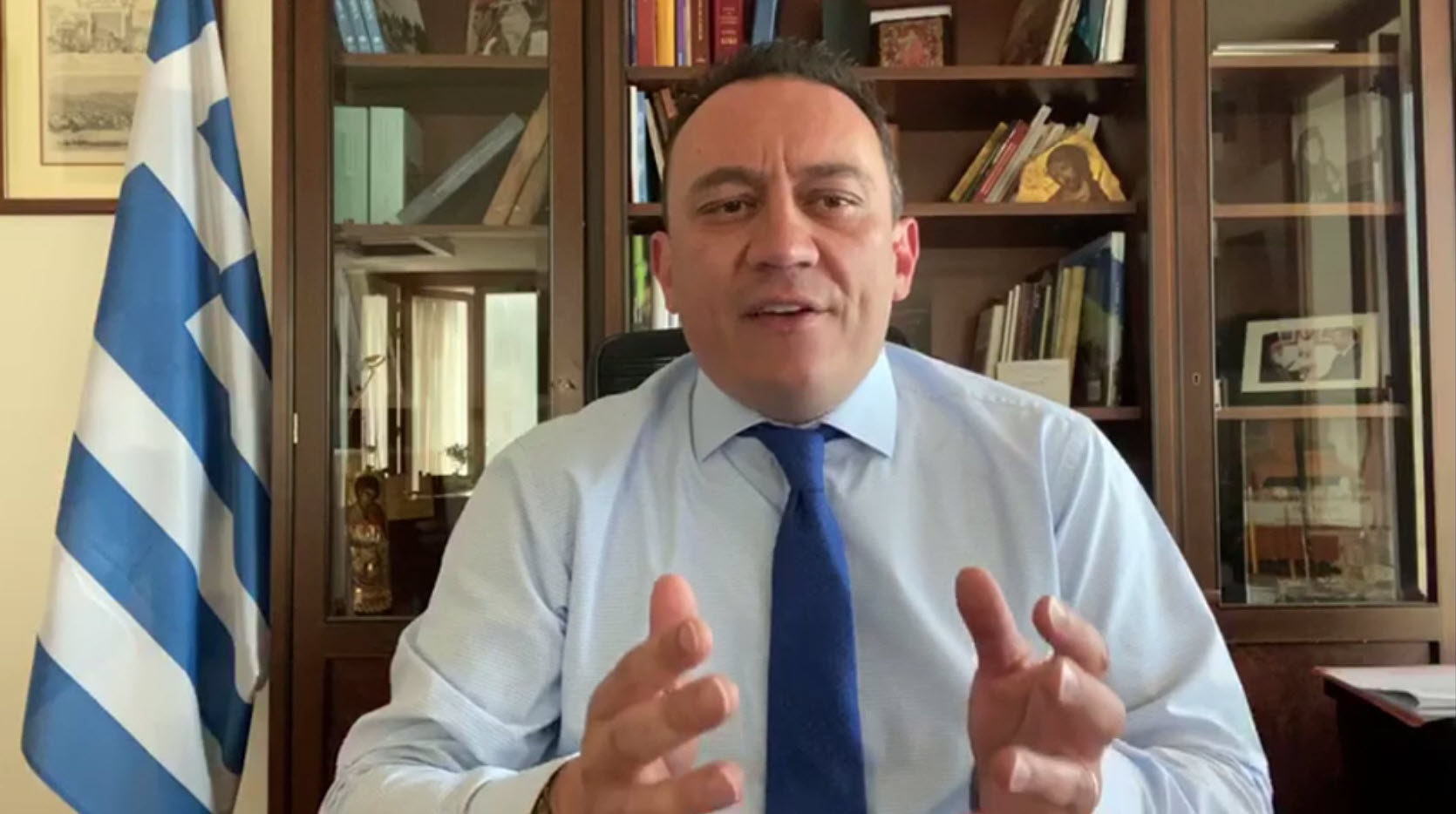 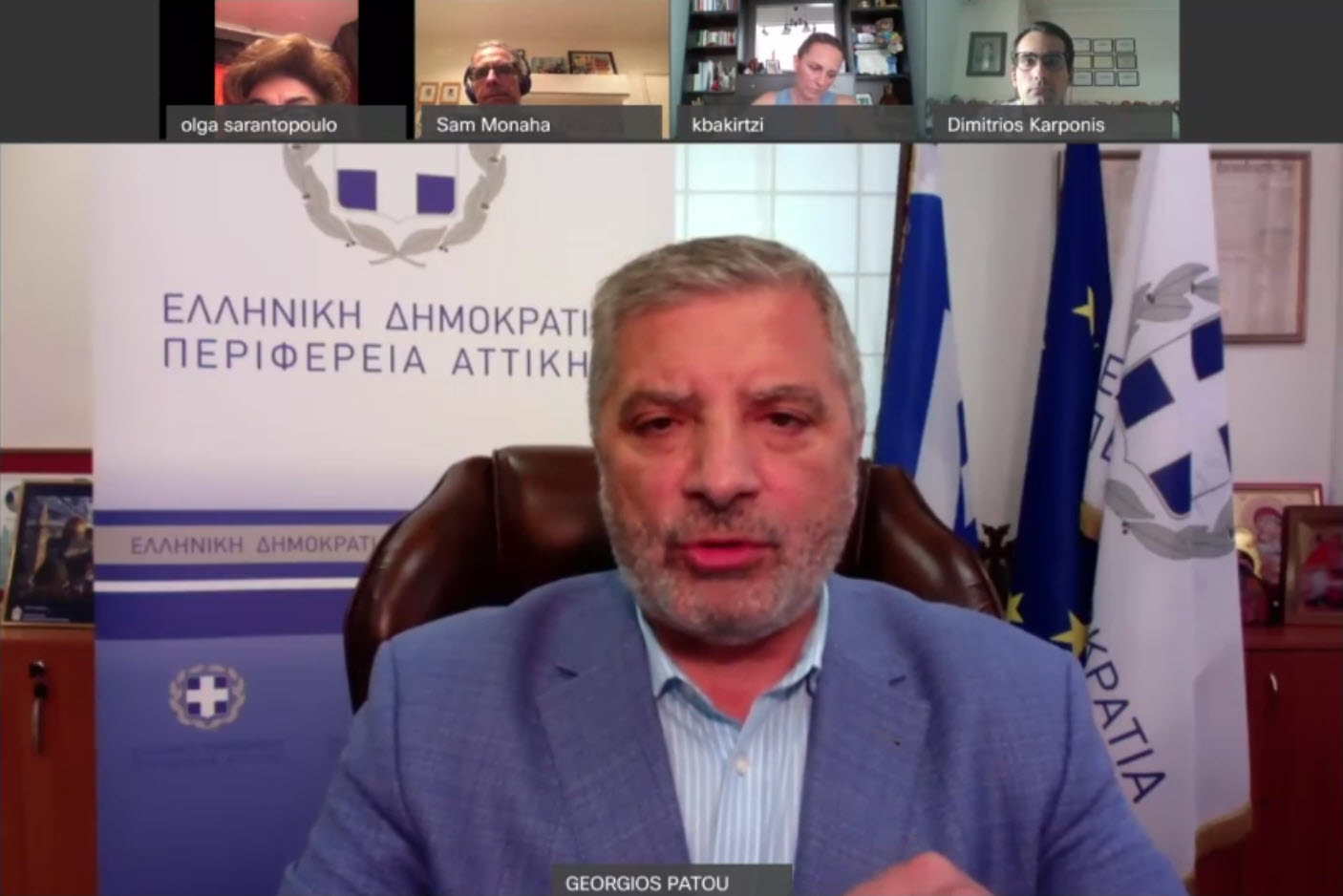 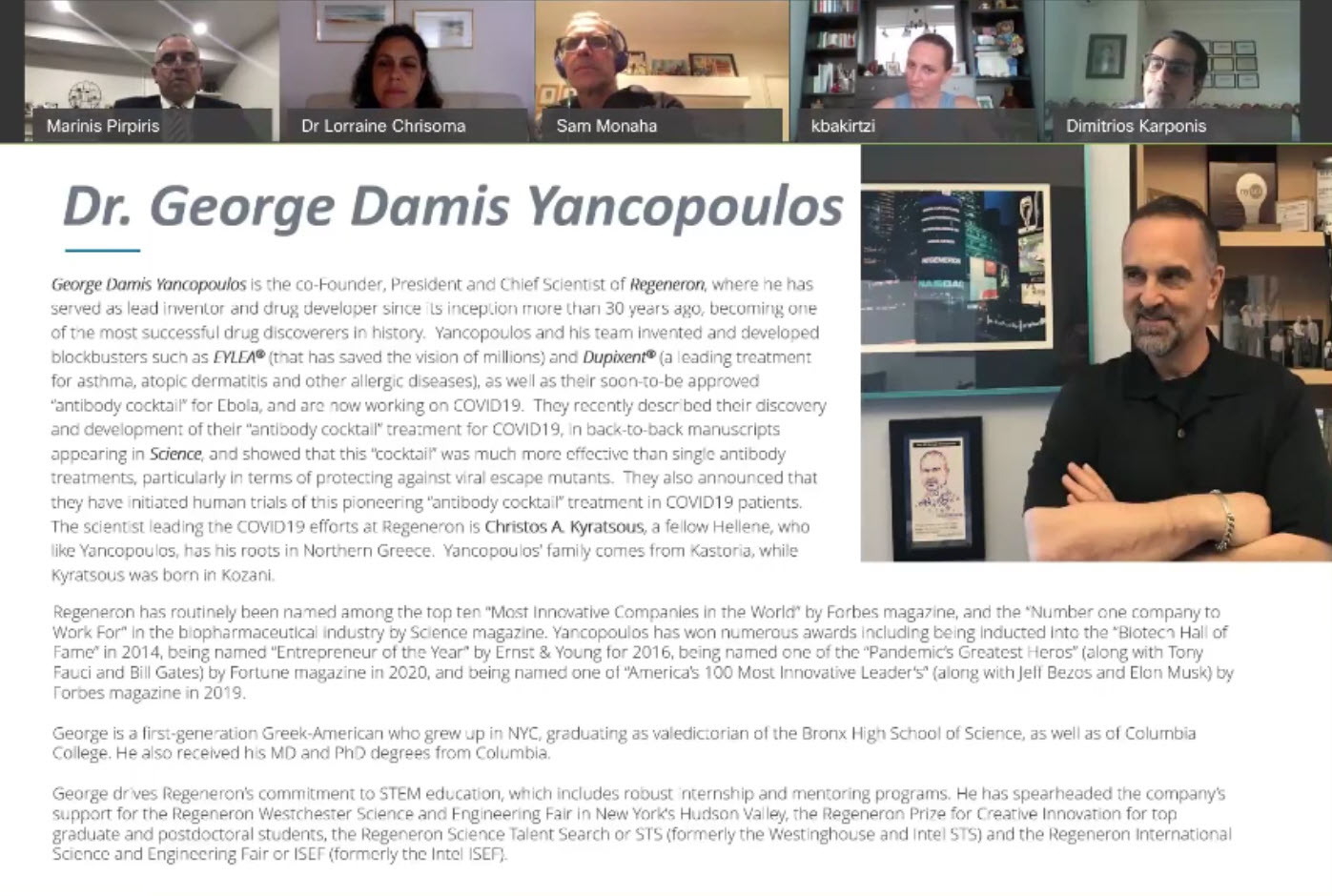 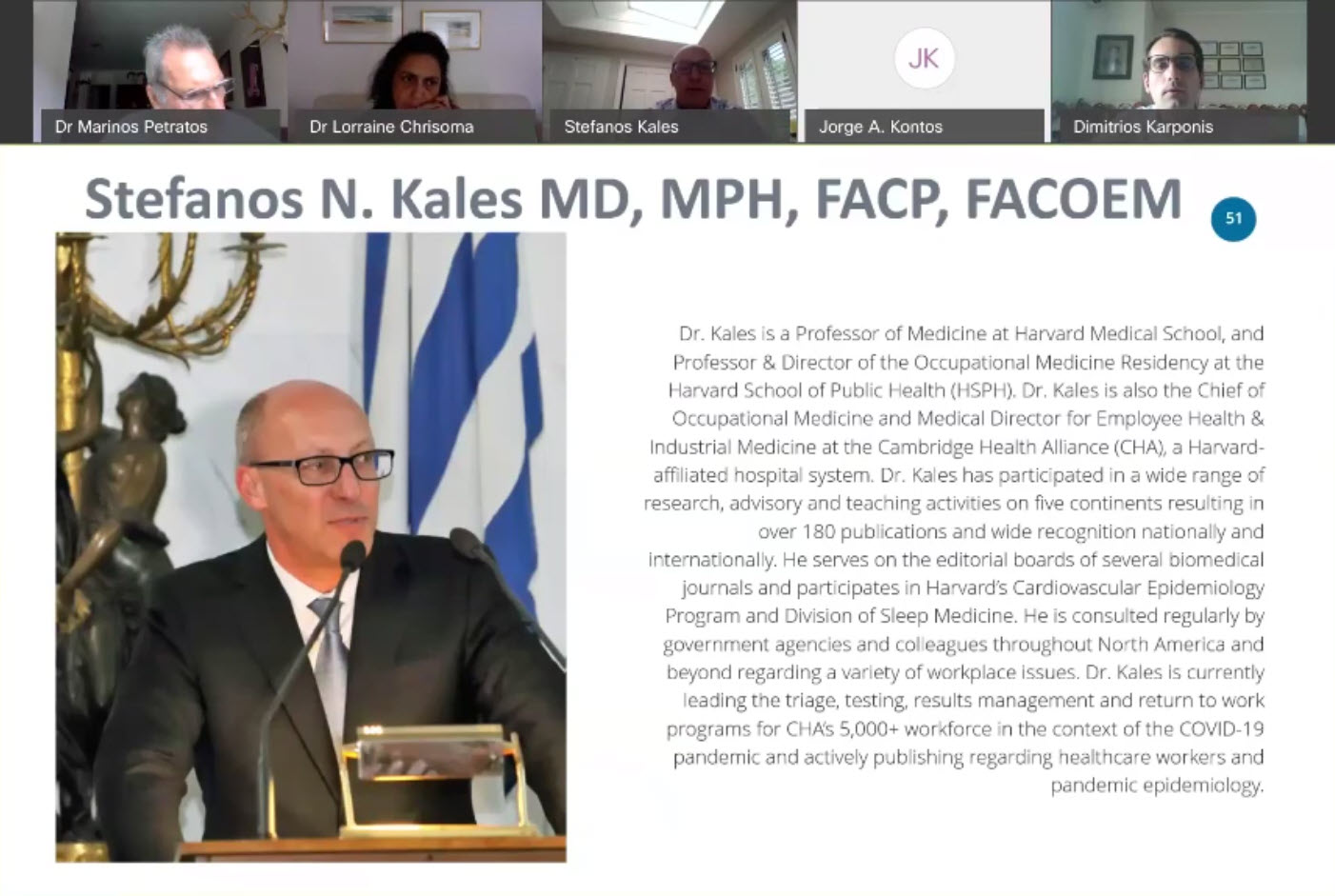 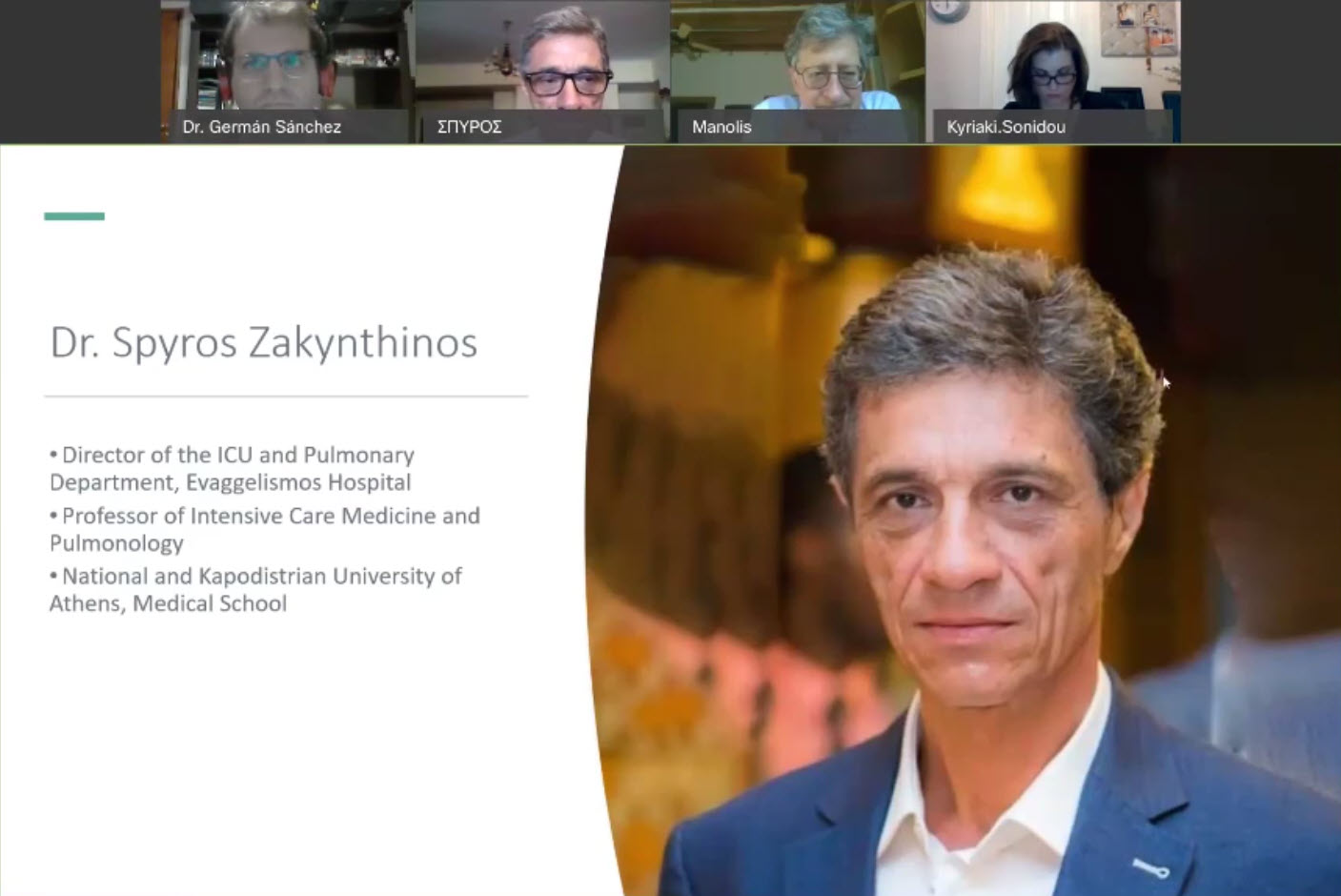 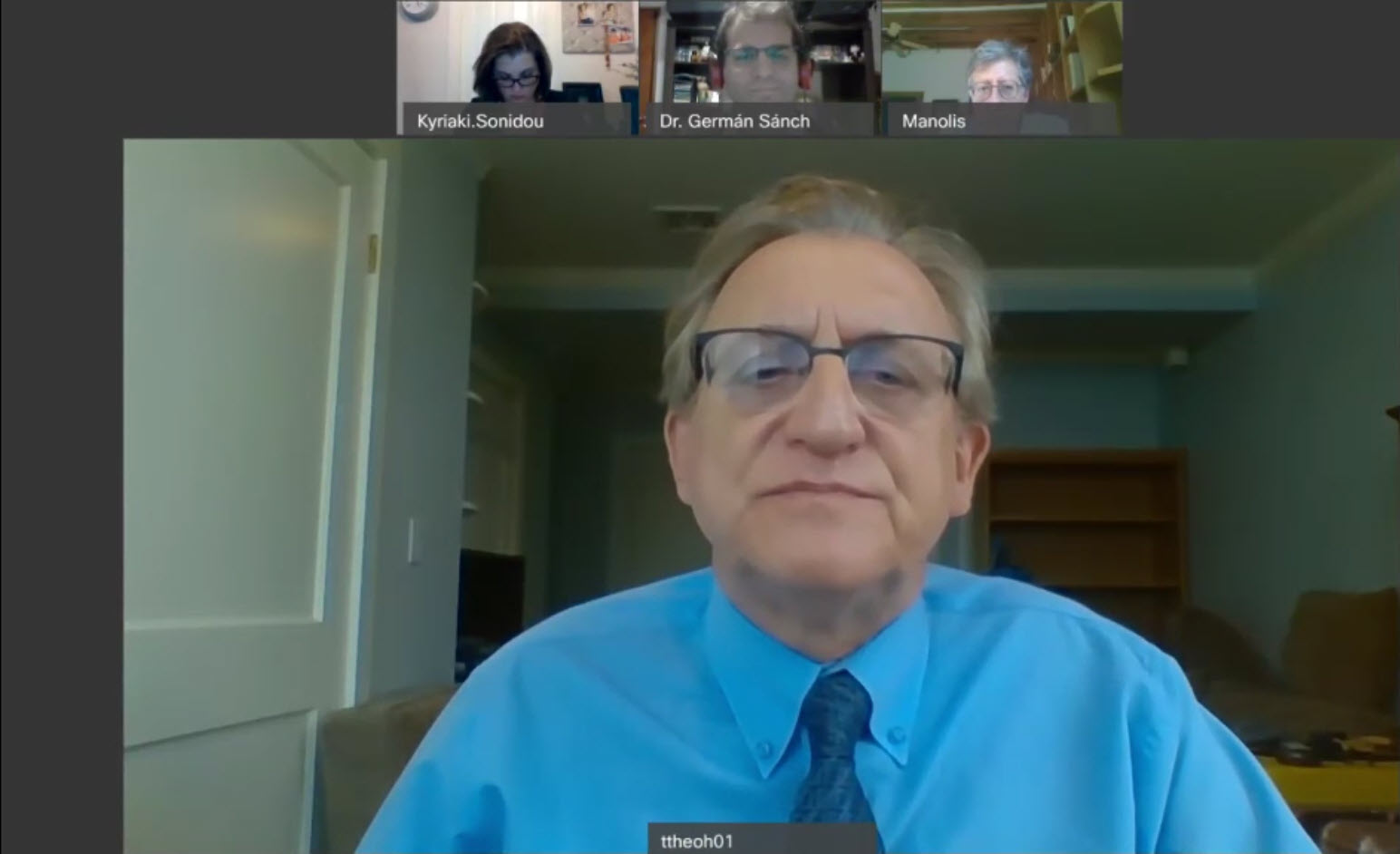 Dr. Spyros Mezitis, MD, Ph.D., President of the Federation and endocrinologist at New York-Presbyterian Hospital and Lenox Hill Hospital in New York City moderated the meeting.  Professor Emeritus John Chrysoulakis, General Secretary of Greeks Abroad of the Hellenic Ministry of Foreign Affairs, was instrumental in putting the teleconference together.

One hundred physicians from 25 countries, including many University Professors and physicians from several hospitals and 10 Presidents of Hellenic medical societies from around the world, participated.

The Greek Prime Minister Mr. Kyriakos Mitsotakis prefaced the teleconference with the good news of Greece controlling the pandemic and opening to tourism.  He invited all doctors and bioscientists of Hellenic descent.to Athens, Greece next summer at a Global Hellenic Medical Conference. 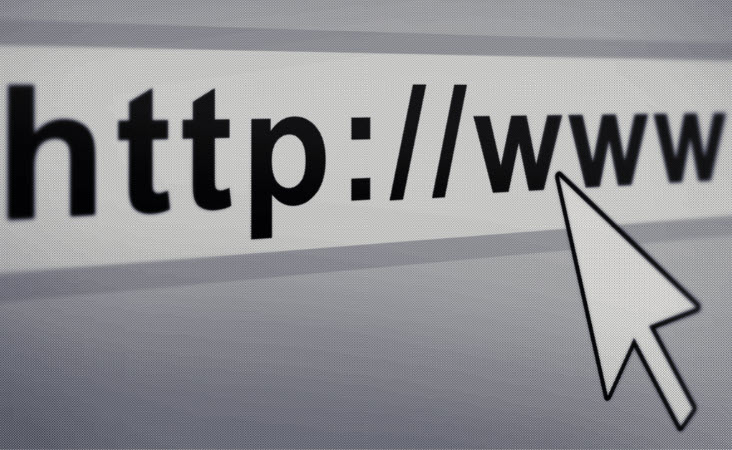 Indexing of articles on media on Covid19 teleconference

Read more: Indexing of articles on media on Covid19 teleconference

A very successful teleconference because of the pandemic was organized this year by the Hellenic Medical Society of New York (HMS NY) and its Chair of the Dr. Papanicolaou Annual Event, Dr. Spyros Mezitis.

Dr. Heidi Stuhlmann, Chair of the Department of Cell and Development Biology at Weill Medical College where Dr. Papanicolaou served as Professor of Anatomy for 47 years and discovered the Pap Test that has saved millions of women's lives from cervical cancer spoke of his influence on the Department and medical research.  Dr. Frank Chervenak, former Chair of Obstetrics-Gynecology (OB-GYN) at New York-Presbyterian Hospital and current Chair of OB-GYN at Lenox Hill Hospital in New York City recounted his annual contributions to the medical symposium and emphasized the legacy of Dr. Papanicolaou.

Ms. Pagoulatos, President of the Panevoikos Society of America followed and described Dr. Papanicolaou's life in Greece, studies in Europe, and his immigration with his wife Andromachi to the United States.  Ms. Julie Kokkori, granddaughter of Dr. Papanicolaou spoke from Athens, Greece about the books written on Dr. Papanicolaou and the digitalized archives on the internet.  Dr. Christos Coutifaris, Vice-Chair of OB-GYN at the University of Pennsylvania in Philadelphia described how his parents from Greece met at the Dr. Papanicolaou Cytology Laboratory at Cornell, were married with Dr. Papanicolaou being their best man and godfather of their son Dr. Christos Coutifaris.  Dr. Spyros Mezitis presented slides of Dr. Papanicolaou, Co-Founder of the Hellenic Medical Society of New York in 1936, the physician bust dedication at Weill Medical College in 1979, and the annual Dr. Papanicolaou Symposia at Cornell since 2003 including Physician Awards to Dr. Harald zur Hausen, 2008 Nobel Laureate in Medicine and Physiology, and Dr. Roy Vagelos, former CEO of Merck Pharm., and founder of Regeneron Pharmaceuticals.

The Hellenic Medical Society has established an annual scholarship for a Weill Cornell medical student of Hellenic descent.  This year's honoree was Ms. Julianna Kostas, Weill Medical College Class of 2023 who emphasized the importance of Dr. Papanicolaou's research and the medical scholarship she received. Furthermore, with the collaboration of educator Professor Dr. Demosthenes Triantafillou, Founder of the Greek American Academy of Philosophy and Science, high school students of Hellenic descent from New York and New Jersey receive prizes for writing essays on the legacy of Dr. Papanicolaou.  This year, ten high school students received awards and were profiled in a moving video.

Finally, the Hellenic Medical Society of New York honors annually with its Grand Dr. Papanicolaou Award a physician of exceptional contribution to medical science who delivers the keynote lecture.

We hope that next May with the passing of the pandemic all can join in an in-person Dr. Papanicolaou conference at Cornell in New York City.

on behalf of the Executive board 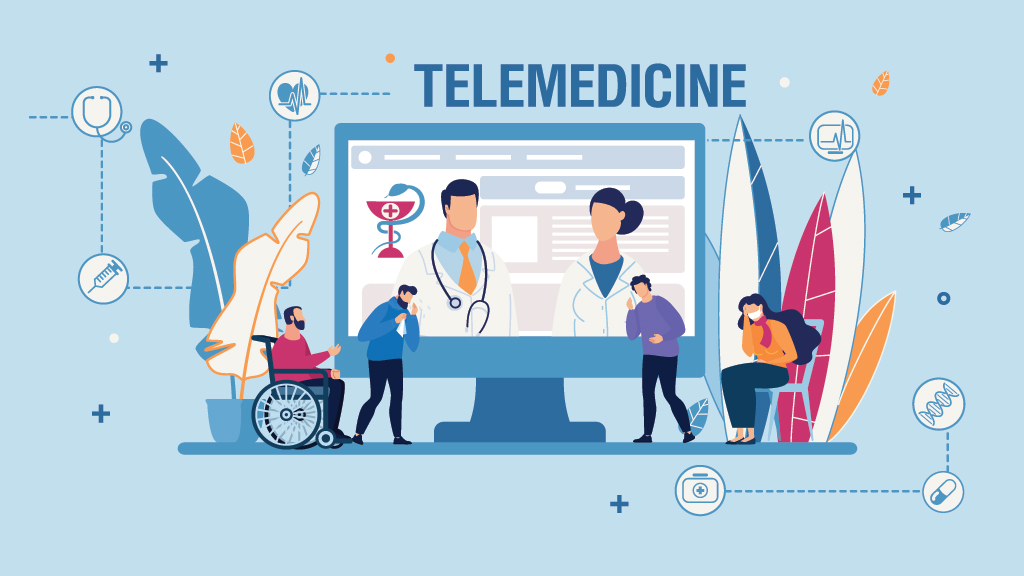 Possibilities & the Regulatory Environment on Telemedicine

On April 28, 2020, the Federation of Hellenic Medical Societies of North America organized a successful hour-long workshop on the topic Possibilities & the Regulatory Environment for the Practice of Telemedicine in cooperation with Capgemini, Inc.

As medical communities across the world are reeling under the impact of COVID 19, the crisis has also brought home the need for updated use of Technology in Medicine.  Dr. Becky Rao, Global Head of Healthcare facilitated the web-conference, along with Dr. Jay Subramanian (Capgemini) and Dr. John Korangy (Careclix).  The following very interesting topics were covered: